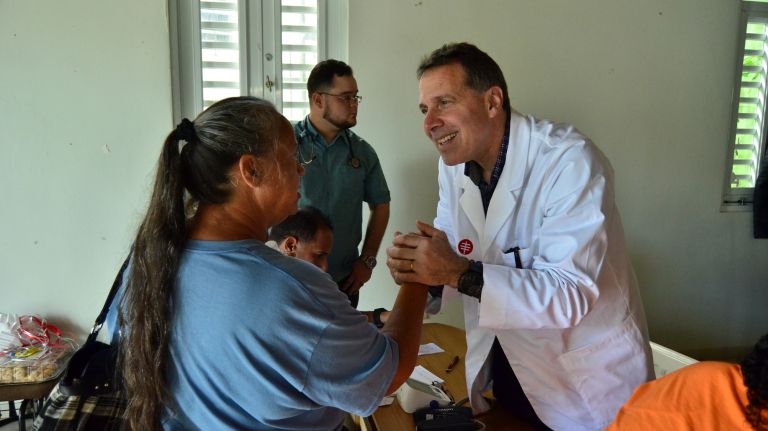 Somos Community Care, a non-profit, physician-led network of over 2,600 culturally competent health care providers serving over one million Medicaid patients in New York City, has been nominated for an Emmy Award in the “Societal Concerns” category for the titled piece “Dr. Tallaj, The Hispanic Physician Who Faced Covid-19 In New York” short documentary.

Announcements on were made at65th Annual NY Emmy® Awards Nominations Gala via a livestream telecast from ABC’s “Live With Kelly And Ryan” studio’s in NYC and at www.nyemmys.org.

The short film highlights the extraordinary work of SOMOS Founder Dr. Ramon Tallaj who gives a riveting account of the Coronavirus outbreak in New York City and his remarkable journey leading an army of community based physicians throughout the city’s most vulnerable communities over a two year period. Detailing an ethically complex situation, this film creates a brave space for expressing the grief and trauma experienced of losing 12 frontline doctors while facing the long standing health inequities that have ravaged New York’s underserved communities for decades.

“It is an honor to be nominated by the NY Chapter of the National Academy of Television Arts & Sciences and to have our work showcased with so many industry professionals,” says Chairman of SOMOS, Dr Ramon Tallaj. “It is all the more rewarding having produced content that saved so many lives and knowing that our story is being heard.”